Way back in November of last year I talked about making a series of magickal devices that would keep my wards up while I was absent - and with the changing of the ruling light in the sky. Very simple devices that utilized charged solar and/or lunar aligned stones to kick in and power the wards that otherwise weaken and collapse with the sun or the moon's setting you established them with. The rite itself, (with my own personalization aside) I gained from Jason Miller's book, "Protection & Reversal Magick." Specifically, "The Sphere of Hekas" pages 46-53.

Well yesterday I finished them, and while they will win no carpentry awards, they are functional which is all I really need them to be. 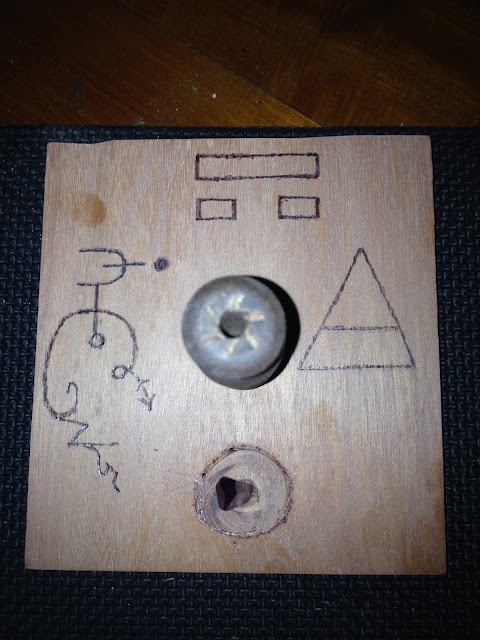 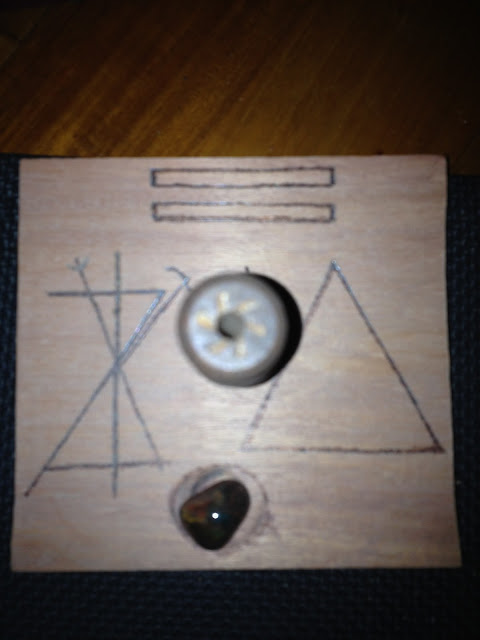 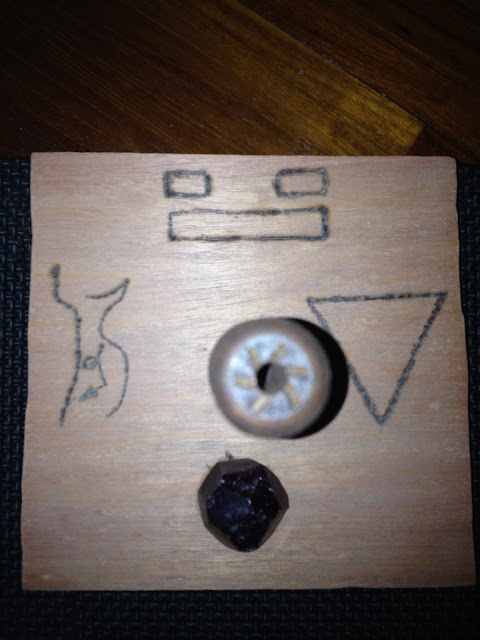 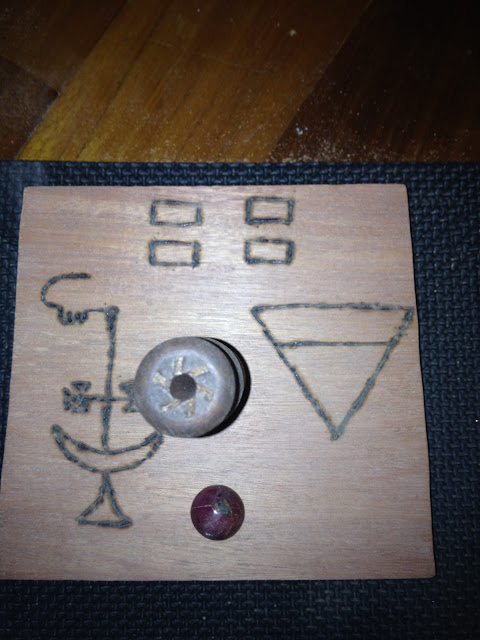 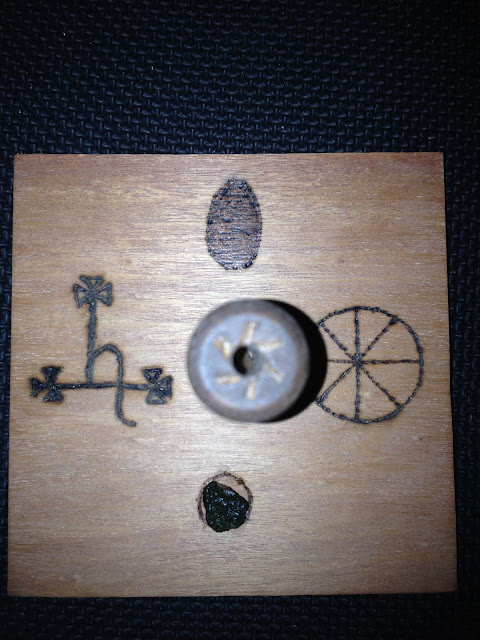 The central ward. I use this to tie everything together and support the whole with another 'pillar' of protection. Sigil for Lilith, Tattwa symbol: Akasha, Western symbol: Spirit. Stone used for Lilith is Moldavite. Not a traditional stone to use with Lilith, but I've found it best regardless. If you haven't acquired some Moldavite. Get some and see what I mean, just watch out - the price has skyrocketed and so a lot of places are selling green slag glass as Moldavite. 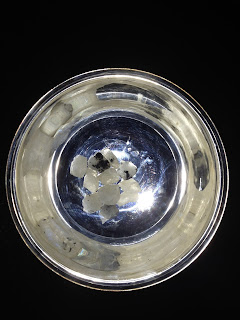 I got a chance to charge these moonstones last night under a New Moon. Very exciting as New Moon energy carries a lot of power for me personally. 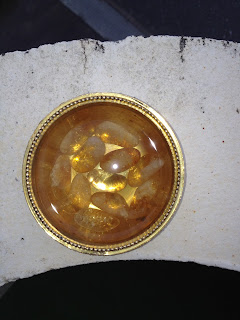 Ideal day. Sun is out, but it's overcast and raining which means the color won't get bleached out of the citrines yet.

I won't be including the rite. If you are curious buy Jason Miller's book and adapt the rite and the stuff above to your own personal tastes, alignments, and spirit guardians. I'm just really enthused about finally finishing this project. There are a great many more that need some time invested, but everything right now points towards making progress in those projects too.

Going to be a lot of updates about SS Cycle 8 class with Jason Miller. Lot's of catch-up there that I MUST put in. Then there is the elementals under Tezrian that was really intriguing and was frankly a lot of fun exploring with her...then tabled as work took over :-( This of course goes towards my goal of putting a modern grimoire out there for working with Lilith, Sammael, and Tezrian. That seems a long way off, but I'll be taking the small steps, taking copious notes, and beta testing rituals here. Also, some long awaited Grimoire Verum tools are soon to be shipping to me from Gary at Omega Artworks. A few much more easily and cheaply gathered tools remain and then some really exciting stuff is going to be up on the blog as I work through the Grimoire Verum pacts and beyond. I think it's been three years since I first started getting the tools together. Been a long time in waiting...a lot of breaththroughs at last!